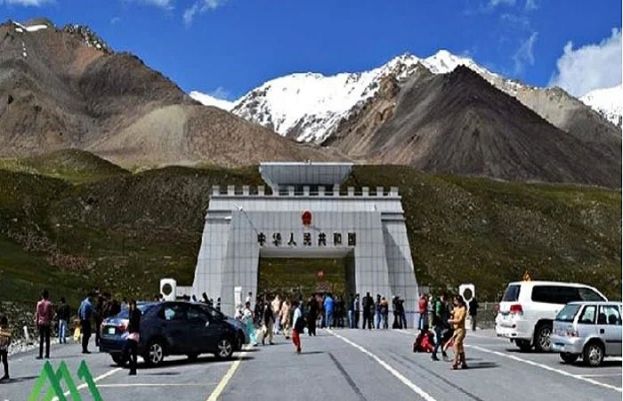 After remaining closed for more than two and a half years, a key land border crossing between Pakistan and China at Khunjerab is being reopened for trade activities from April 1.

Khunjerab Pass was closed in November 2019 to contain the transmission of the coronavirus between the two countries.

The pass was temporarily opened in July and September 2020 and again in November 2021, only to facilitate the transportation of the containers loaded with goods that had been stranded in China.

During the temporary opening of the border, stranded containers from China were unloaded at Khunjerab Top instead of the port at Sost.

A notice issued by the district administration of Kashgar of the Xinjiang Uygur Autonomous Region said that according to an agreement signed by China with the government of Pakistan on May 22, 2013, the Khunjerab Pass will be officially upgraded on April 1, 2022.

According to officials, Chinese authorities have shared a letter with Pakistan regarding the reopening of the pass from April 1.

It is also mentioned in the letter that measures would be in place to prevent the spread of Covid-19.

Port authorities on the Chinese side have been instructed to take all necessary coronavirus preventive measures before the start of the arrival of goods from Pakistan.

Similarly, Pakistani border authorities have also been instructed to ensure the containment of the disease.

Under the protocol agreement signed between the two countries, trade and travel activities through Khunjerab pass continue from April to November.

Gilgit Baltistan is considered the gateway of CPEC, and locals say it is important to open regular trade through Khun­jerab Pass to ensure the success of the One Belt One Road project.

We are going to Islamabad to say goodbye to PM Imran Khan: Maryam