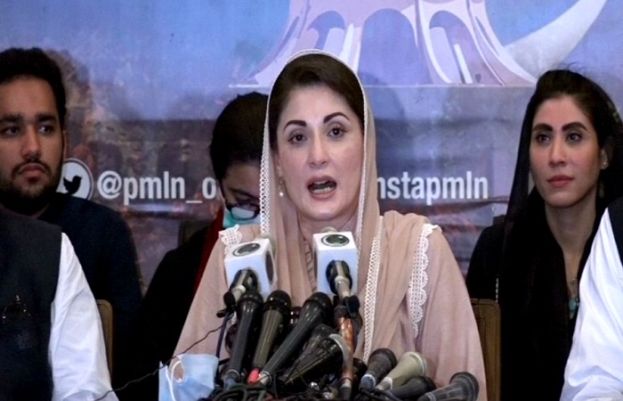 PML-N Vice-President Maryam Nawaz on Friday told PM Imran that the people of Pakistan will “definitely come out to rally but only to oust him and his government.”

Her statement, which was issued while she was addressing a PML-N rally in Lahore, was a response to PM Imran’s request to the nation to come out of their houses to support him ahead of the no-confidence motion that the joint Opposition has submitted against him.

“People will definitely leave their houses, but only to send you home,” she said.

Maryam added that the PM often says he has “trump cards” that he will use to the benefit of the nation.

“You only have one trump card and that is your resignation,” she responded.

She also said that PM Imran is using money from the national treasury to fund his rallies and that the people will hold him accountable for it.

PM Imran is being ousted only due to the nation’s curses, Maryam added. “People beg me to spare them from him whenever I go to Islamabad.”

While talking about the national exchequer, she added that the PM fears people finding out about the money he has stolen.

“He is afraid of the money he has stolen in Bani Gala,” Maryam remarked, adding that “no one will come to his rescue now.”

“He used to claim he will never give a National Reconciliation Ordinance (NRO),” Maryam claimed, “now look how he is begging for one.”

She further added the next PML-N rally, which will cross the GT Road, will be headed by her and Hamza Shahbaz. It will cause “the prosperous time of Nawaz Sharif’s leadership to come back.”

Topple down this corrupt govt to save nation’s future: Shahbaz Sharif