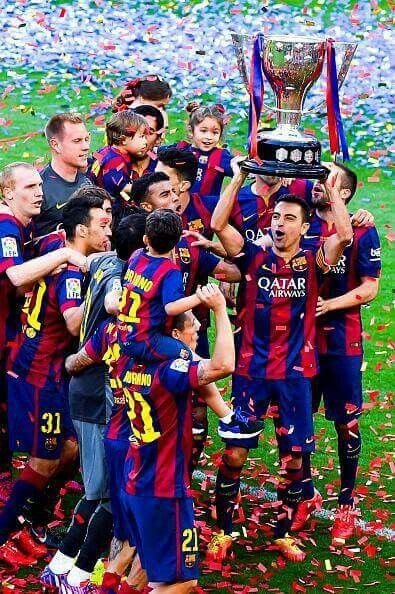 Back from the brink

After financial troubles in the ‘80s due to poor financial management, things didn’t get any easier for Benfica in the ‘90s. After decades of success, Benfica struggled domestically and in Europe- and entered a rare trophy.

It wasn’t until the 2003-04 season that Benfica would win their first trophy since the 1995-96 season. The season after this, Benfica won their first league title since 1994. More success would begin to follow from 2003-04, as Benfica looked to regain its dominance in Portgual.

Competing with Spanish rivals Real Madrid, Barcelona is a dominant force in Spain and they have enjoyed spells of dominance in European competitions.

Cruyff arrived from Ajax for a then-record fee of £920,000. In his first season, Cruyff helped Barca win their first league title for 14 years. The win included an impressive 5-0 victory away at Real Madrid.

After Cruyff departed, Barca looked to replace their star man with another star name. In 1982, they did just that by signing Maradona for a world record fee of £5 million. His time at Barca was short, but Maradona picked up a Copa del Ray and Spanish Super Cup medal.

Cruyff returned as manager in 1988, leading to a spell of dominance for the Spanish giants.

Former player Guardiola took over as manager in 2008 and brought with him his tika-taka style that would change the game completely.

Pep inherited a team full of stars such as Ronaldinho, Messi, Iniesta, Xavi and Carlos Puyol. Pep was quick to put his stamp on the team. Out went Ronaldinho and Deco, as Pep shaped his team around Messi, Xavi and Iniesta.

During Pep’s spell, they became the dominant team in Europe. During his four year spell at the club, Barca won 14 trophies including, two UEFA Champions Leagues and two FIFA Club World Cups.

Barcelona has recently faced financial struggles which led to Messi reluctantly leaving the club after 21 years. On the field, Barca dropped into the Europa League for the first time in 17 years.

The former midfielder, Xavi, recently became the Barca manager in the hope to return.

Arguably one of the biggest clubs in world football, it is no surprise to see Real Madrid on this list.

After the creation of the European Cup (known now as the UEFA Champions League), Madrid cemented itself as the dominant force in European football.

They won five European Cups in a row between 1956 and 1960, leading to Madrid being awarded the original cup and the right to wear the UEFA badge of honour.