The production order of the detained lawmaker were issued under the Rules of Procedure and Conduct of Business in the National Assembly 2007, said a statement by the NA Secretariat.

The order came on the heels of an instant petition filed by MNA Mohsin Dawar in the Islamabad High Court seeking the release of Wazir to cast vote in the no-confidence motion against the PM.

It said an application was moved before the speaker for passing a production order so as to ensure the participation of Ali Wazir in the electoral process on the no-confidence motion going to be held on Sunday but it was denied.

“However, the said application was not entertained and dismissed by the learned speaker, despite the fact that in earlier two rounds, i.e. passing of budget and for casting vote for the seat of Senators, he was produced before the Senate to participate in the session and to exercise the right of vote, however, this time around, the same right was denied illegally as the ruling party perhaps of the opinion that Mr. Ali Wazir would cast his vote against them apart from the discrimination meted out to said Mr. Ali Wazir,” the petition read.

It said, “If the instant application is not allowed and the production orders of Mr. Ali Wazir Member National Assembly NA-50 are not passed, he shall suffer an irreparable loss and a democratic process shall be hampered.” 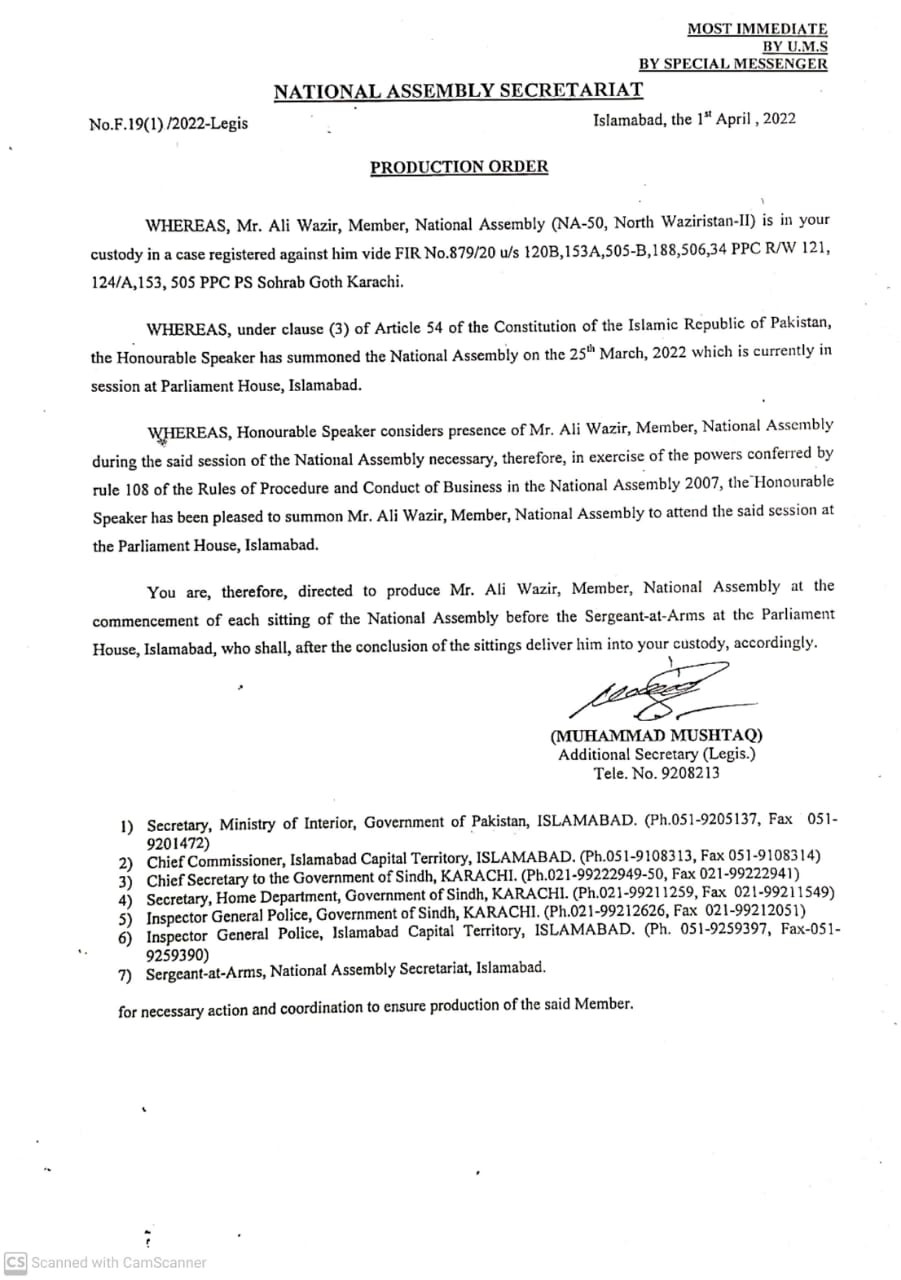 A copy of the order issued by the NA Speaker for production of MNA Ali Wazir available with The Express Tribune.