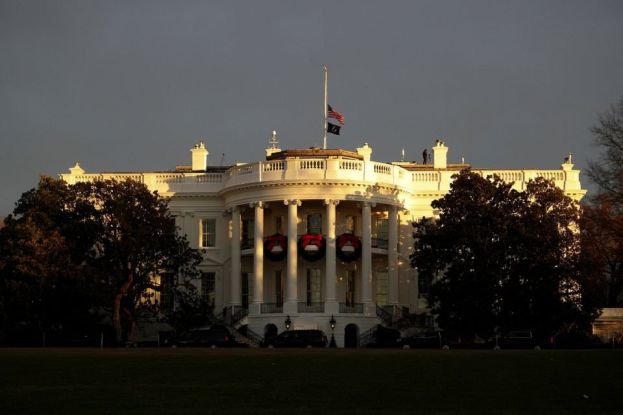 The United States on Friday strongly rejected allegations that it is behind a ‘conspiracy’ to oust Prime Minister Imran Khan from power.

The White House said there was “absolutely no truth” to the claim.

During a press briefing, White House Director of Communications Kate Bedingfield was asked about Washington’s response to the premier’s accusation of “the US working with the opposition to remove him from power”.

“There is absolutely no truth to that allegation,” she responded.

Yesterday, PM Imran said he was paying the price in the shape of a “foreign conspiracy hatched by the United States” to topple the incumbent government through the opposition’s no-confidence motion for pursuing an “independent foreign policy”.

In an address to the nation, he stated that on March 7 the government received a message from a foreign country through Pakistan’s ambassador there, which said that they would pardon Pakistan’s all misgivings if Imran Khan was ousted. If happened otherwise, Pakistan would have to face difficulties.

“This (message) is against the nation,” he said, adding that the message coming before the vote of confidence showed that the political opponents were in contact with that country.”

He added that the opposition leaders, who were now beloved by the said foreign country, never condemned 400 drone attacks by the United States during their tenures killing innocent people.

Pakistan late on Thursday night lodged a formal protest with the US over a threatening letter that warned of dire consequences if the opposition’s no-confidence motion against PM Imran failed.

The acting US envoy in Islamabad was summoned to the Foreign Ministry over the “threatening” letter, hours after the country’s top decision-making body on national security voiced concerns over the issue during a meeting chaired by the premier.

President Alvi not to opt for resignation