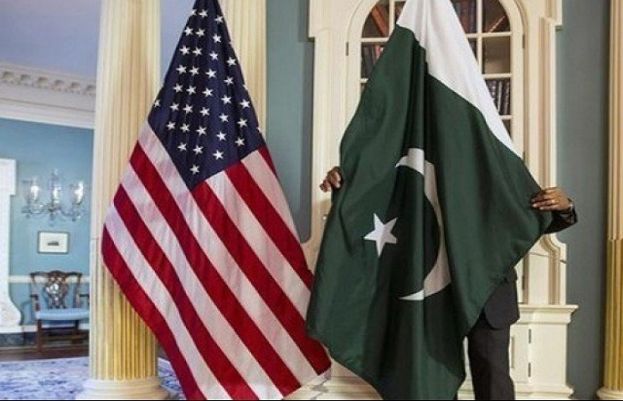 Pakistan summoned the US acting deputy chief of mission in Islamabad over a ‘threat letter’ and registered strong protest for the undiplomatic language used against Pakistan in the memo.

The development came after the National Security Committee (NSC) Thursday decided to issue a strong demarche to the country whose official communicated the “threat” as a day earlier Premier Imran Khan shared the ‘threat letter’ with military leadership and the federal cabinet.

Later, the PM in his address to the nation Thursday said that he would not resign at any cost and would “never allow this conspiracy” to succeed.

In an apparent slip of the tongue, he named “the United States…” but quickly moved on and stated that “a foreign country” had sent a “threatening memo” which was against the Pakistani nation.

According to the sources in the foreign office, Pakistan has registered a strong protest over the undiplomatic language used in the ‘threat letter’ and told the US envoy that interference in the internal affairs of Pakistan is unacceptable.

‘Foreign hand’ behind efforts to topple the government

On Sunday, Prime Minister Imran Khan revealed that “foreign elements” are involved in the attempts to topple his government and said, “some of our own people” are being used in this regard.

The premier, while flashing a letter before the public, said that he has “written evidence” that “money has been pouring in from abroad,” while “some of our people are being used to topple the government.”

He said that for months, “plotting and planning is being carried out to influence the foreign policy of Pakistan from outside.”

US government denies involvement in no-trust motion against PM

Reacting to the PM’s statement the US government categorically rejected any kind of involvement in the no-trust motion against PM Imran, saying the allegations of the US involvement are baseless.

“Allegations of US involvement in the no-trust motion and ‘threat letter’ to PM Imran Khan are baseless,” said the State Department.

Pakistan to issue ‘strong demarche’ to a foreign country

PM also shared the gist of threat letter with journalist and military leadership, subsequently on Thursday, the 37th meeting of NSC took place at the PM Office with PM Imran Khan in the chair, where National Security Adviser Dr Moeed Yusuf briefed the committee on the formal communication of a senior official of a foreign country to Pakistan’s ambassador in the said country in a formal meeting.

The Pakistani ambassador “duly conveyed” the message of the foreign official to the Ministry of Foreign Affairs, the statement said.

The NSC expressed grave concern at the communication, terming the language used by the foreign official as undiplomatic.

The committee concluded that the communication amounted to blatant interference in the internal affairs of Pakistan by the country in question, which was unacceptable under any circumstances.