The Six Nations trophy is a prize almost without equal. Every team is striving to take home the title, while the coveted Grand Slam whitewash remains one of the ultimate rewards in European rugby. Besting each of your five opponents across a gruelling set of international tests without suffering a single loss is far easier said than done, however, although few have made it look so effortless as the French as they cruised to their first Six Nations title since 2010.

Then, of course, there are the single-match trophies that have become gilded expressions of the significance the sides now place on these historic matchups, so many great rivalries expressed through glittering silverware as famous prizes such as the Calcutta Cup, the Millennium Trophy and the Centenary Quaich are all coveted for the special bragging rights they now bring.

This year’s tournament, however, had the added spice of an upcoming World Cup in 2023, and while each side will have one final Six Nations to act as a guide in assessing exactly how they are shaping up, most will be hoping to have been in pretty decent nick coming into this year’s contest. As most players are likely aware, time moves pretty fast on the international stage.

Where are England right now and where are they going in the future? These are the questions that continue to swirl in the media hailstorm following another disappointing Six Nations campaign for the most successful side in the competition’s history.

There’s been a lot of doom and gloom spoken about England’s tournament, especially with regard to the fact that (their clash with Italy excluded) they only managed to cross the whitewash three times. The problem with Jones’ side is that they seem to lack ideas going forward, a one-note outfit only capable of probing kicks for territory before suffocating teams with their barrage defense and dominant forward pack. While this is all very good in theory, in practice it has left the English looking bereft of ideas when asked to actually play with ball in hand, and although Marcus Smith has had an excellent tournament, he sometimes looks like a creative peg in a rather rigidly uncreative hole. Of all the tournament’s scrum-halves, Ben Youngs made the fewest passes with just 169.

Still, this is a side in transition and one that was almost as hampered as the Welsh outfit by injuries, illness and the tempestuous nature of intense international rugby. Owen Farrell, Jonny May, Anthony Watson, Manu Tuilagi all missing the entirety of the tournament, while Tom Curry, Sam Underhill, Joe Marler, Jack Nowell, Jonny Hill were unavailable for at least some of this year’s competition. Jones will have looked to see which of his youngsters impressed when given the chance, with Freddie Steward continuing to be a revelation in the backfield and Harry Randall looking sharp from the bench. Joe Marchant, meanwhile, a man who has occasionally looked anonymous in an England shirt, put his hand up for selection for his sterling performance against France.

Summary: A tough tournament to judge for a side searching for an identity of its own. England do have time to rectify things before the World cup, but whether Jones will be afforded it is a rather different matter.

I can’t think of a more complete-looking team than the French right now. I rack my brains constantly trying to find a weakness that Les Bleus might possess, but each time I find the search fruitless. France are smooth in attack, impenetrable in defence, they dominate the pack as much as they excel in open play and they have a deep, rich bench from which to draw. Their old flaws, from their fragile mentality to their patchy game management, have been driven out in favour of a cocky strut of a side fully aware of how awesomely talented they are. Paradoxically, this is the most, and the least, French side I’ve ever seen.

The only thing that could stand in their way now seems either to be complacency or the cruel hand of fate. It is worth noting that France’s injury list was relatively small, the key players that they’ll have been desperate to keep fit, from Dupont and Ntamack to Alldritt and Woki, all pulled through completely unscathed.

What’s so impressive about France is that their qualities as a side imbue those of their players and vice versa. Gael Fickou has always been quietly exceptional, but his defensive work against England on the tournament’s final day was nothing short of titanic, while Antoine Dupont is so freakishly strong for his size that he’d be bending iron bars if he were over six foot tall.

Forwards such as Paul Willemse, Cameron Woki and Gregory Alldritt, meanwhile, are so mobile, athletic and good with their hands that they could slot into the backline without ever breaking a sweat, the latter making the most carries in the entire tournament with 65. France are a total rugby team full of versatile, well-rounded athletes capable of doing anything and everything. The only other side I’ve ever thought that of before? New Zealand, 2011-2015. Sacré bleu!

Summary: France were always going to be the team to beat coming into this year’s Six Nations, and boy did they live up to the hype. What’s scary, though, is the thought that this could be just the beginning.

Ireland have just been getting better and better recently, their Autumns Nations Series showing putting them as one of the hottest sides going into this year’s blockbuster Six Nations. While the men in green might not have gone on to win the whole thing, there was no doubt that they were the only side capable of pushing France all the way, the epic clash between the two sides in Dublin on the 12th of February essentially deciding the title in the second round of fixtures.

Still, a home nations Triple Crown is not to be sniffed at, nor is a points difference of 105, by far the tournament’s highest. Ireland scored the most points with 168 and conceded the fewest, a 57-6 victory over Italy, as well as 29-7 and 26-5 wins over Wales and Scotland respectively, ensuring the numbers look very rosy for Andy Farrell’s men.

Nonetheless, beating the best is all that matters, and it’s here where Ireland fell just short against the tournament’s eventual winners, the best game of the championship decided by a margin of just 6 points and serving as a reminder of just how close Ireland are to challenging for the top. Nevertheless, Ireland have certainly shed their reputation as being a conservative side built on attritional attack and a water-tight defense, scrum half Jamison GIbson-Park making by far the mot passes in the competition as the men in green looked constantly to play with ball in hand. For all the talk of France’s silky skills, it was Ireland who were the tournament’s true entertainers. Teach tar Éirinn!

Summary: Only bettered by the best, Ireland have proved unequivocally that they are a side that is really going somewhere.

They did it! They finally did it! Italy’s search for that elusive Six Nations victory is finally over, a stunning last-gasp try securing a famous win at Cardiff and ensuring that the Azzurri’s critics are, for now at least, silenced.

Italy’s tournament expectations are, of course, different from most other sides. While Wales may heve been quietly preparing for a sub-optimal showing, England, France, Scotland and Ireland will have been heading into this year’s tournament striving for the ultimate prize. Italy, however, were in many ways fighting for even more: their own survival. With talks of removing the Six Nations ring-fence, including sides such as South Africa or Japan, the continued success of Georgia in the Rugby Europe Championship and Italy’s woeful record in recent tournaments, the pressure has been on the Azzurri to justify their continued inclusion in rugby greatest championship. Marginal defeats and brave batterings weren’t going to be enough.

With just two minutes to go against Wales, Italy were once more staring down that familiar barrel, Josh Adam’s silky score seemingly bagging victory for the home side until Ange Capuozzo’s stunning run set up Edoardo Padovani to slide in unchallenged for a stunning win at the Millennium Stadium. A try worth a thousand Six Nations trophies.

Summary: A series of familiarly brave defeats looked to make this year’s Six Nations business as usual for the brave Azzurri until Ange Capuozzo’s jaw-dropping antics etched his side’s name into the history books. Forza Italia!

Once again, very disappointing. Let’s be clear here, this isn’t an excuse for an anti-Scottish diatribe, but certain truths still need airing. The fact that Scotland are disappointing, rather than outright laughable, poor or unworthy, only indicates that I, and so many others, expect more from them.

I’ve gone into much more depth regarding Scotland’s tournament and the direction in which they are ultimately headed, suffice to say the old demons are once again rearing their ugly heads. Scotland’s tournament may have started so well, but beating England in the Calcutta Cup means very little if you’re unable to carry that momentum forward into other games, Scotland shipping 121 points during this year’s Six Nations, with only Italy conceding more. In attack, meanwhile, the Scots looked disjointed, often forcing play to their detriment or else making poor decisions that could have led to try-scoring chances.

It isn’t fair to single out single players, but Stuart Hogg and Finn Russell will be disappointed with their respective campaigns. Aside from controversies off the pitch, neither truly performed to their full potential. Having two normally titanic figures fail to really show up on the big stage is like removing two of your ceiling’s supporting pillars. Things soon start looking a shade wobbly.

Summary: Scotland showed their usual promise with a determined victory over England, but the usual lack of discipline and match-winning nous has once again made this an exercise in disappointment.

Considering Wales were last year’s winners and a side with one of the proudest and most storied histories in all of international rugby, a 4/10 might seem generous considering the Welsh ended up in fifth place with just 7 points, a points difference of -28 and their first-ever loss to Italy in an international test since 2007.

Yet I have a genuine respect for the grit and determination shown by this Welsh side. Admittedly, grit and determination alone don’t mean much if they don’t translate to actual victories, but considering Wales went into this year’s competition with a team ripped apart by injuries and illness, they by no means made a disgrace of themselves.

Wales’s victory against Scotland was a case of sheer willpower, especially in defense, they pushed England hard, and they very nearly snatched a result against the best team in the tournament, even the world. Losing to Italy has the alarm bells ringing, not aided by Dan Biggar’s inflammatory suggestion that some of the side’s players will likely never don the red jersey again, but for a team playing with such a handicap, there are positives to be found. Dewch ymlaen Cymru!

Summary: Wales’ position in the table may be less than flattering, but for a side so hampered by injuries, this was an admirably brave Six Nations showing against near-impossible odds. 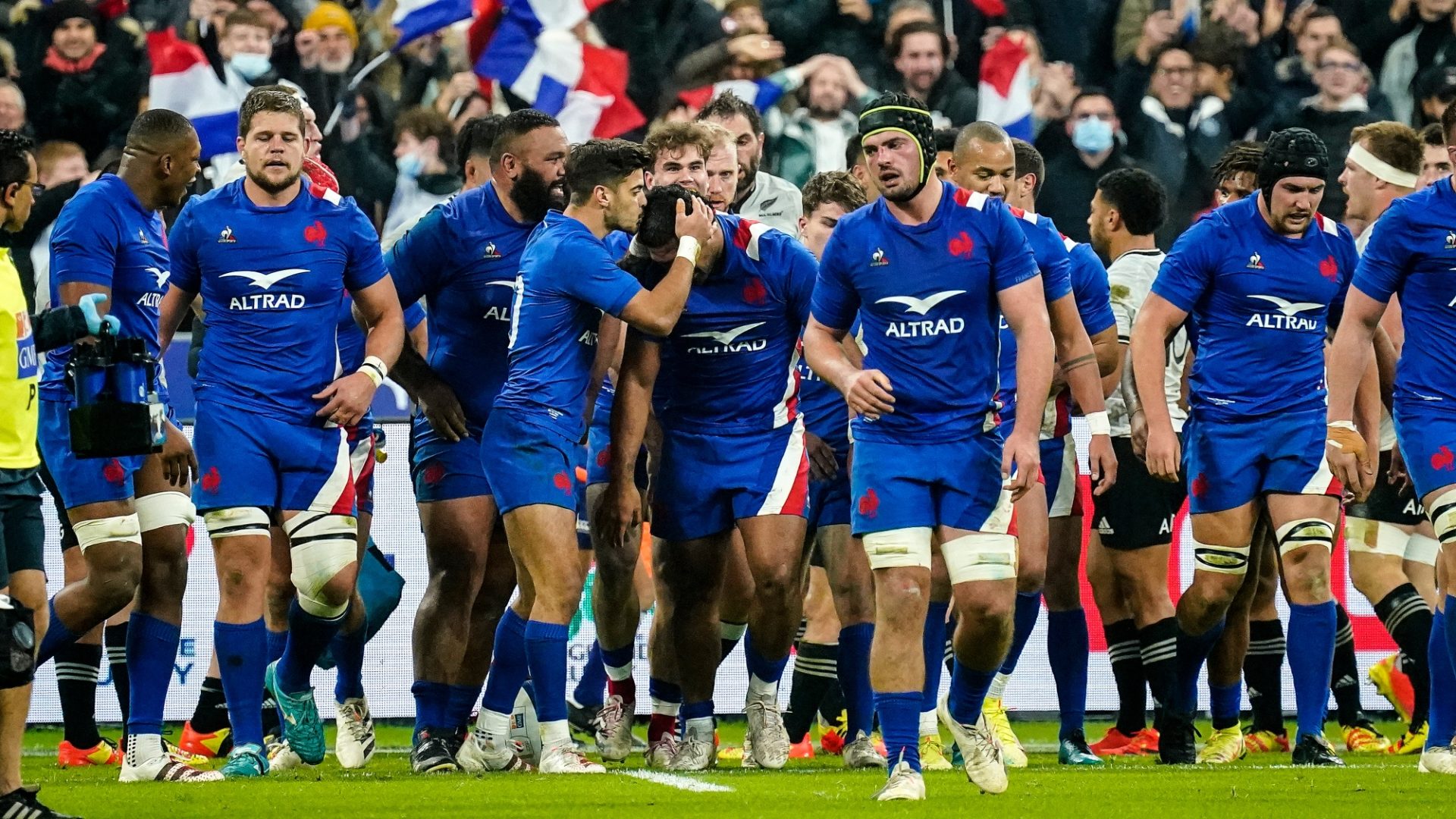 Kevin Sinfield: It’s humbling to win this award but I won’t stop until we find a cure