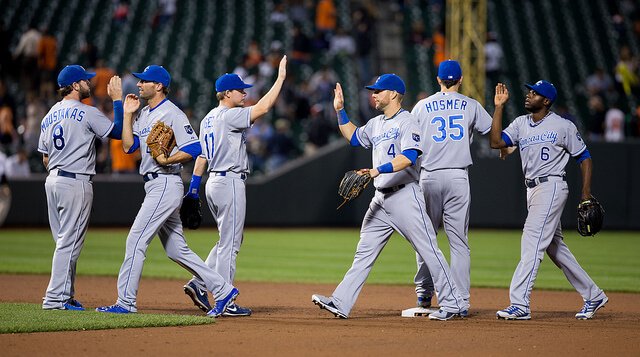 This change will also help eradicate this absurd position at the trade deadline where teams jettison their best players, like the Cubs and Nationals did this year as more teams will still be in with a shout to make the postseason, or trying to avoid relegation or get promoted, and therefore want to hang onto their best players and/or add to their roster to increase their chances.

It is conceivable that all 16 division 1 teams would have something to play for right up to the end, and would certainly still be fighting one way or the other at the trade deadline. Likewise, most division 2 teams would have an eye on promotion at the deadline. This would make the deadline more exciting- and it would introduce more gambles.

On deadline day (which is at the end of July), or during the week before, the Cubs traded away Rizzo, Baez, Bryant, Kimbrel, Tepera, Marisnick, Chafin, and Pederson- and the return they got was modest.

They got Nick Madrigal and a host of prospects, but only a couple of elite players. They traded away the core of their 2016 World Series team for a mediocre return. Trade the ones that won’t sign if you must, but the Cubs still had an outside chance to make the play-offs and they just threw in the towel so early.

In my mind, this is a huge risk and could lose fans. Bryant, for one, is someone you could build a team around. Respect him and give him a proper send-off.

I am delighted as a Giants fan that we got him, and I hope he re-signs, but if this was the other way around and the Giants dismissed Belt, Crawford, and Posey I would be devastated, no matter the strength of the haul.

Heroes are heroes, and they should be treated as such. This doesn’t mean to say they have tenure, but a wholesale change like this feels like a kick to the fanbase too, and also admitting defeat far too early.

The Cubs are not in a strong division- trade a couple away for sure, but you could add a couple of prospects and some free agency in the winter, and you are back on top again. The Nationals also played this game, trading away Scherzer, Turner, Harrison, Lester, Gomes, Hand, Schwarber, and Hudson. Some of these make sense to me, others seem like poor decision-making.

Negatives of Promotion and Relegation for MLB

One drawback of my revamping proposal is that we would lose the geography to the current division play, and you lose out on some of those geographical rivalries.

However, travel and scheduling are so easy now that playing east or west coast really doesn’t matter, and not playing an historic rival for a few years will only build the tension and excitement for when those games finally naturally come around.

Traditionalists may not like my proposal but I think there is plenty of merit in the change. There have been structural changes over the last 150 years and this would just be another one. I see this idea as bringing plenty of positives, not least in trying to reduce (but not eliminate) the number of meaningless matches in MLB.

Relegation is not a position anyone wants to be in, but there is a place for it in sport- it generates competition and we need to bring it to MLB.

Rihanna And A$AP Rocky Have Been Spotted Together In Barbados