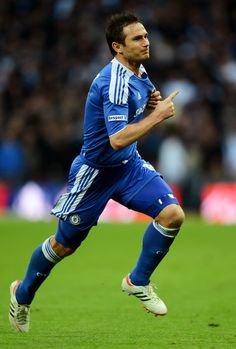 The legacy of Cech at Chelsea is so strong that the four years spent at Arsenal at the end of his career did little to no harm regarding his Chelsea legacy and garnered him the much-loved nickname “Agent Cech”.

While Eden Hazard is only fourth on my list, I think he’s the best footballer on this list and one of the greatest talents the Premier League has ever seen.

Hazard arrived at Stamford Bridge with much fanfare. He was 21 years old, and cost the holders of the Champions League a whopping £32 million.

The Belgian international hit the ground running, netting 13 goals in all competitions as Chelsea won the Europa League in Hazard’s debut season.

The second stint of Jose Mourinho at Chelsea in 2013 was the beginning of Hazard’s ascension to the top of English football with Hazard capturing his first Premier League title in the 2014/15 season as he was voted Premier League Player of the Season.

Hazard is one of those players that you give a free role, and tell him just go do what he does best- and on most occasions, he’d come up with the goods.

Despite an aberration of a season in 2015/16, Hazard was back to his brilliant best in his last few years at Chelsea, winning a second league title and a second Europa League title in a 4-1 win against London rivals Arsenal.

He scored in this game, and it was the last time he’d ever put on a Chelsea shirt.

10 goals in 10 finals. I don’t even need to say his name. Didier Drogba may be the clutchest player in Premier League history.

Not only is Drogba the only player to score in four separate FA Cup finals, but he also scored the equaliser and winning penalty in a Champions League final against Bayern Munich in their own stadium… madness.

Like Hazard, Drogba was subject to high standards when joining Chelsea in a record transfer deal worth £24 million.

While Drogba wasn’t as clinical as Premier League counterparts such as Thierry Henry and Wayne Rooney, Drogba still went on to win two Premier League Golden Boots’ while his overall game as a striker was on a different level.

Drogba earned 55 assists in 254 games and as a striker, that’s remarkable. It illustrates just how much Drogba offered the team when he wasn’t busy scoring goals.