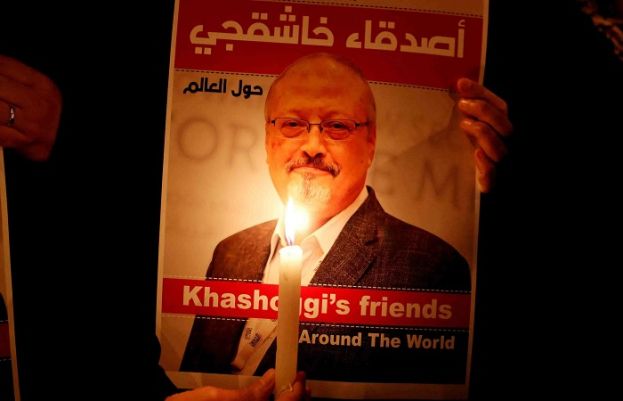 A Turkish prosecutor on Thursday asked an Istanbul court to dismiss a case into the gruesome murder of Riyadh critic Jamal Khashoggi and transfer it to Saudi Arabia, his Turkish fiancée confirmed.

The development comes as Turkey is seeking a thaw in relations with Saudi Arabia, which worsened after the 2018 killing of Khashoggi, a contributor to The Washington Post, inside the Saudi consulate in Istanbul.

“The prosecutor asked, accordingly to the Saudi demand, for the transfer of the file to #SaudiArabia and the finalisation of it in #Turkey,” Hatice Cengiz tweeted after the hearing on Thursday in Istanbul’s main court.

“The court will ask the view of Turkish Justice Ministry. #Khashoggi #JusticeForJamal,” she commented.

The prosecutor said, according to the private DHA news agency, that the case “has been dragging because the court orders cannot be executed on the grounds that the suspects are foreign nationals”. The next hearing is scheduled for April 7.

On October 2, 2018, 59-year-old Khashoggi entered the Saudi consulate in Istanbul to file paperwork to marry his Turkish fiancée.

According to US and Turkish officials, a waiting Saudi hit squad strangled him and dismembered his body, which has never been retrieved.

The crown prince has said he accepts Saudi Arabia’s overall responsibility but denies a personal link, with the kingdom saying it was the doing of agents who had gone “rogue”.

Turkish President Recep Tayyip Erdogan said at the time that the order to kill “came from the highest levels” of the Saudi government without pointing the finger of blame at the crown prince.

Unsatisfied with the trial in Saudi Arabia, Turkey has launched its own investigation into the murder and put 26 Saudis on trial in absentia, including two who are close to the crown prince.

In an interview with AFP in February, Cengiz said Turkey must keep insisting on justice for Khashoggi “even if it improves its relations” with Riyadh. “I don’t think it’s in anyone’s best interest to shut it down completely.”

Asked if she was disappointed, Cengiz said: “If we look at it from the viewpoint of realpolitik, [Turkey’s position] did not let me down,” adding that countries were “not ruled by emotions” but “mutual interests”.

But she added: “Emotionally speaking, of course, I am sad. Not because my country has made peace with Saudi Arabia and that this issue is closing, but ultimately, no matter how fiercely we defended it, on a national basis, on a state basis, on a president basis … now everything is starting to go back to the way it was, as if nothing had happened. I am inevitably disappointed about this.”

Turkey, which is reeling from a fresh economic crisis and is searching for foreign investment and trade, has reached out to regional rivals, including Saudi Arabia and the United Arab Emirates.

Erdogan said in January he was planning a visit to Riyadh — which would come at a critical moment for Turkey, where inflation is surging to over 50 per cent.