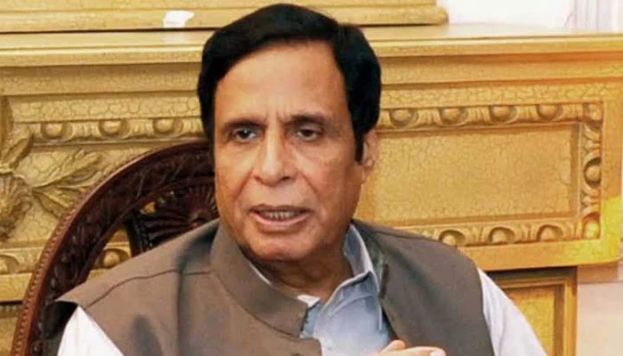 The PML-Q leader went on to term the contest a ‘long inning’, not a ‘short match’.

The Punjab Assembly speaker’s remarks came in response to a journalist’s question regarding him “preparing to play cricket on a rough pitch”.

Answering another query about the number game in the provincial assembly, to ensure his election as chief minister, Elahi simply stated that everything was fine.

The PML-Q leader abstained from answering further questions asked by media persons, and also did not respond to questions regarding his son, Minister for Water Resources Moonis Elahi.

The intrigue around his son comes following Pakistan Muslim League-Nawaz (PML-N) leader Rana Sanaullah’s remarks, holding him responsible for the PML-Q’s decision to side with the government instead of the opposition for the no-confidence vote against Prime Minister Imran Khan.

The media were barred from entering the Punjab Assembly Secretariat despite traditionally being allowed to cover the session from the press gallery.

Earlier this week, Prime Minister Imran Khan offered the position of Punjab chief minister to Pervez Elahi, following his party’s decision to support the ruling coalition in the face of the no-trust move against the premier.

Former Punjab chief minister Usman Buzdar had tendered his resignation to PM Imran after the joint opposition submitted a no-trust motion against Buzdar in the provincial assembly, citing “poor performance”.

In visit to North Waziristan, PM Shehbaz vows not to let people’s sacrifices go in vain