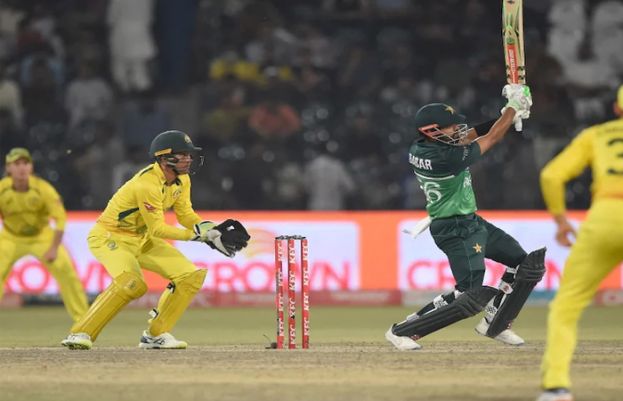 The third and final One-Day International between Pakistan and Australia will be played today (Saturday) in Lahore. With the three-match ODI series levelled at 1-1, both the teams will want to produce some dominating performance and clinch the series in the final clash.

Pakistan registered their highest successful run-chase in ODIs and ended their ten-match losing streak against Australia by winning the second ODI. After a setback in the first match, the hosts were desperate to make a comeback, and an excellent performance from the batters helped them level the series 1-1.

Chasing 349, Pakistan openers Fakhar Zaman (67) and Imam-ul-Haq (106) laid the foundation with a century stand before skipper Babar Azam starred with an 83-ball 114, pushing his side closer to the victory line.

Their top-order batters performance in the series has been a significant plus for Pakistan; Imam has now already scored back-to-back hundreds in both ODIs, and the in-form Azam has also contributed, including a masterclass in the second game. The middle-order batters also played some handy knocks as they successfully took Pakistan across the line after two big wickets of Imam and Babar, but Pakistan will be expecting more from Mohammad Rizwan, who hasn t been able to impress with the bat.

The Pakistani batters success in chasing the total, however, overshadowed all of their bowling shortcomings. Heading into the series decider, there is plenty of room for improvement in the bowling department as they have struggled to pick wickets in both the ODIs. With another similar pitch expected in Lahore for the last ODI, spinners will need to bowl economically. The batters, on the other hand, will want to keep up their good form and put up another dominant batting performance.

Australia, on the other hand, are nowhere behind in producing exceptional performances. Their batters have ticked all the boxes, while their bowlers, especially the spinners have turned up at the right time to keep them in the game. Travis Head s promotion to the top of the order has reaped a lot of benefits for Australia and Ben McDermott following up his half-century in the first ODI with a century in the second, has made the visitors top-order look solid throughout the series.

Pakistan reports no corona death in the last 24 hours