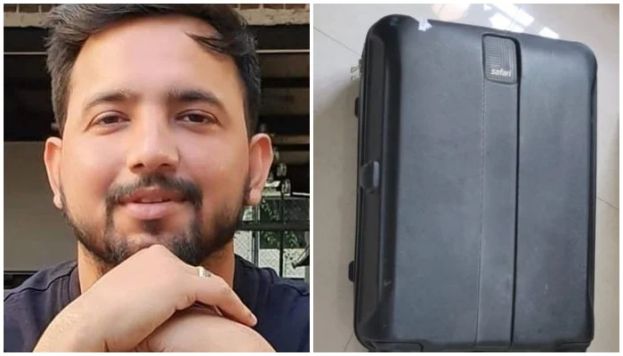 An Indian software engineer hacked an airline’s website to find his lost luggage when the airline’s customer care service failed to assist him effectively.

Nandan Kumar was travelling between Indian cities, Patna and Bangalore on March 27, 2022, when his luggage got exchanged with another passenger’s belongings.

I realised it only after I reached home when my wife pointed out that the bag seems to be a different from ours as we don’t use key based locks in our bags.
PS: We have too much faith in airline staff ??
So right after reaching home I called your customer care. 3/n

However, Nandan didn’t realise it until his wife unpacked his bags on reaching home.

In a thread of tweets, Nandan narrated the incidents from the moment his bag was exchanged.

According to Nandan, he first sought the assistance of the customer care services of the airline he travelled with.

However, Nandan was unable to connect with the co-passenger despite several attempts. He complained that the customer care department didn’t give him the contact details of the said passenger due to a privacy policy.

After all efforts, the representative assured Nandan that he will be contacted as soon as they connect with the co-passenger, but his wait got longer.

When Nandan couldn’t get his issue resolved till the next morning, he decided to take the matter into his own hands.

He dug into the airlines website and managed to get his hands on the contact details of the co-passenger, using his Passenger Name Record written on his bag’s tag.

After the call did not work, the agent assured me that they will call me back when they are able to reach the other person. (I am still waiting for that call ) ?? 6/n pic.twitter.com/uy7tkqWUO7

This followed with Nandan finally approaching the co-passengers and getting the bags swapped.

Pfizer anticipates that Omicron vaccine should be prepared in March

Will return stronger no matter what the result of no-trust vote: PM Imran