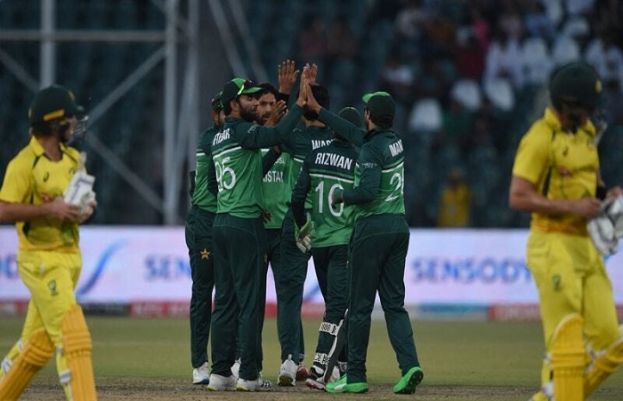 Australia’s historic visit to Pakistan after 24 long years will culminate with a one off Twenty20 International here at the Gaddafi Stadium on Tuesday.

The first part of the tour belonged to the visitors, whose full-strength side — led by top-ranked pacer Pat Cummins and featuring the likes of Steve Smith, David Warner and Mitchell Starc — edged Pakistan 1-0 in a hard fought three-match Test series.

Australia preferred to go into the three-match One-day International series that followed without all the aforementioned heavyweights and were dealt with injury to all-rounder Mitchell Marsh.

Depleted, Aaron Finch’s men ended up being crushed 2-1 in the series after winning dominantly in the first ODI.

In the second and the third, they had no answer to Pakistan skipper Babar Azam and opener Imam-ul-Haq’s extraordinary batting form as the duo smashed four hundreds between themselves.

“We have noticed many positive things in the team during this series and we will go forward with those positives,” Pakistan head coach Saqlain Mushtaq said during an online press conference on Monday.

“After losing the Test series and first ODI, we staged a brilliant comeback to win the last two matches and the series in style.”

The last T20I Pakistan and Australia were involved in was a 2021 T20 World Cup semi-final in which the latter ended up as the victors after a close contest.

It would be quite petty on Pakistan’s part to consider a victory on Tuesday as revenge to that defeat in Dubai, with Australia to field only three players from that side which went on to be crowned the world champions with Marsh playing a starring role in the final.

However, both teams have enough reasons to end the tour with a win and on a high and Pakistan, full in strength, comfortable at home and with their captain firing, will be expected to take another trophy.

“Pakistan has always been a handful in their own conditions,” Australia’s interim head coach Andrew McDonald said in an online press conference on Monday. “Babar Azam has done incredibly well in the ODI series to make it really difficult for us.”

The stats too are on Pakistan’s side as far as the shortest format is concerned. Babar’s men have won 12 of their 22 T20Is against Finch’s side. One match was tied and one produced no result.

While Babar proved key to Pakistan’s success in the ODIs, his Australian counterpart failed miserably, registering back to back ducks in the last two games.

McDonald, though, was positive for the bulky right-hander to find his feet as the tour concludes.

“He has that ability to work through these patches,” said the coach.

“Do we think he is still good enough to play at this level? 100 percent yes and that is as simple as it gets for us.”

Australia, McDonald said, will be boosted by the return of spinner Ashton Agar and reserve wicket-keeper Josh Inglis after completing their isolation following positive Covid tests.

Pakistan, on the other hand, are expected to give all-rounder Shadab Khan his first go in the series after he was sidelined due to injury that he sustained during the Pakistan Super League earlier this year.