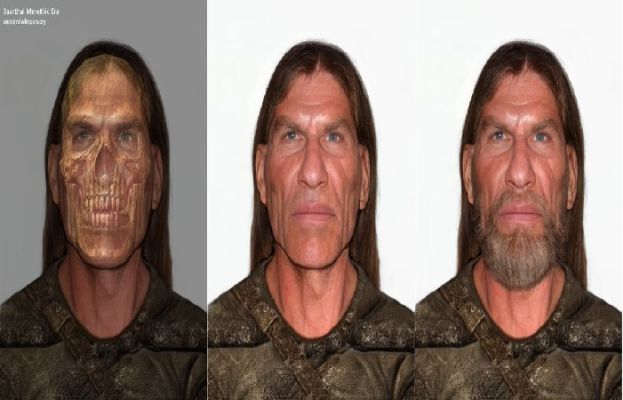 Sukalmakh, part of the research group, tweeted a picture of grumpy cave man that had been reconstructed from an ancient Atmoran specimen from Saarthal dating to the late Merethic Era. Atmora is a continent in the Elder Scrolls world and Saarthal is the ruined capital of Skyrim.

The Elder Scrolls is a series of action role-playing video games developed by Bethesda Game Studios, thus the ‘Merethic era’ is also an Elder Scrolls period of time.

The tweet won praise from Bethesda developer, Jonah Lobe, who worked on Skyrim and had designed the skeleton, commented that the team had done an “awesome job with the reconstruction”. He thought the ‘intimidating’ look with heavy brows and big teeth.

Ancestral Whispers is an organisation that specialises in facial reconstruction of prehistoris humans, using a software based archeologist and anthropolgist, Mikhail Gerasimov. In the reconstruction, soft tissue is layered on to cranal structure, to present an actual representation of a person who may have lived.

Pakistan reports no corona death in the last 24 hours