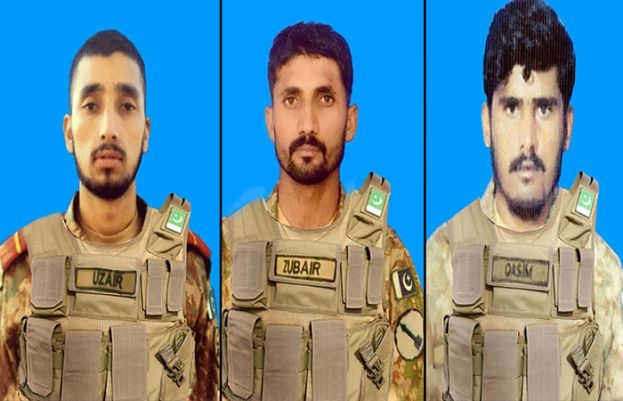 Three Pakistan Army soldiers and as many children were martyred after a suicide blast occurred in the vicinity of Miranshah, North Waziristan, the Inter-Services Public Relations (ISPR) said on Sunday.

“Intelligence agencies are investigating to find out about [the] suicide bomber and his handlers/facilitators,” the statement concluded.

According to the ISPR, armed terrorists attacked the soldiers in the Sararogha area, prompting immediate retaliation from the troops and an intense exchange of fire ensued.

On April 23, three soldiers were martyred in the Dewagar area of Khyber Pakhtunkhwa’s North Waziristan district during an exchange of fire with terrorists from across the Afghan border.

Why Was Imran Khan Removed? | How did Distrust Succeed? | Another Character Told the Whole Story