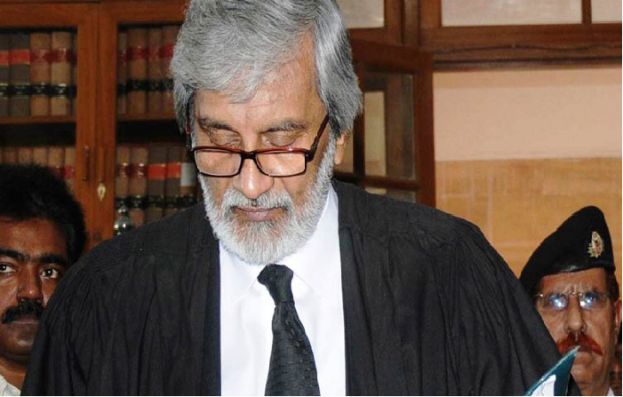 The name of Justice (retired) Maqbool Baqar is on top of the candidates’ list that the government is considering for the position of the next National Accountability Bureau (NAB) chairman, it emerged on Saturday.

According to sources, Justice Baqar’s name was acknowledged during the meeting between Prime Minister Shehbaz Sharif and PPP Chairman Asif Ali Zardari, while all parties of the coalition government have also agreed that he was the most suitable candidate for the position.

In addition, opposition leader Raja Riaz has expressed no objection to Justice Baqar’s proposed appointment as the NAB chairman.

If there are no impediments, coalition parties have stated that Justice Baqar will be appointed as the next NAB chairman, sources added.

Justice Baqar had been promoted from the Sindh High Court to the Supreme Court and retired as a judge of the SC on Monday, April 4, 2022.

According to government sources, the judicial record of Justice Maqbool is immaculate.

PTI leader Fawad Chaudhry, on the other hand, told the reporters outside the Islamabad High Court that a “puppet had been appointed as a dummy opposition leader,” adding that the nominations for the NAB chairman were being finalised”.

“Justice (r) Maqbool Baqir is a reasonable man, hopefully, he will not be a part of this process,” said Fawad.