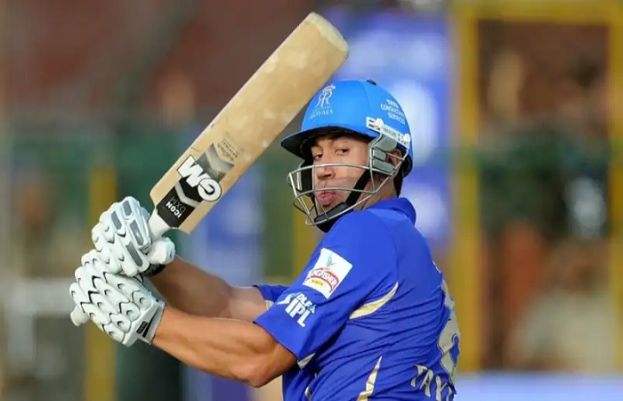 Former New Zealand cricketer Ross Taylor has claimed that one of the owners of the Indian Premier League’s (IPL) franchise, Rajhastan Royals, had slapped him for getting out on a duck.

Taylor, in his autobiography, said that one of the Royals owners slapped him while having a laugh, but he wasn’t sure if the latter was serious or not.

“Rajasthan played Kings XI Punjab in Mohali. The chase was 195, I was lbw for a duck, and we didn’t get close,” Taylor was quoted in his autobiography.

“Afterwards, the team, support staff and management were in the bar on the top floor of the hotel. Liz Hurley was there with Warnie,

“One of the Royals owners said to me, ‘Ross, we didn’t pay you a million dollars to get a duck’ and slapped me across the face three or four times,” the New Zealand cricketer claimed.

“He was laughing and they weren’t hard slaps but I’m not sure that it was entirely play-acting. Under the circumstances, I wasn’t going to make an issue of it, but I couldn’t imagine it happening in many professional sporting environments,” the ex-cricketer shared confusing thoughts.

The New Zealand veteran, who played 450 international matches, hung his boots earlier this year in April.